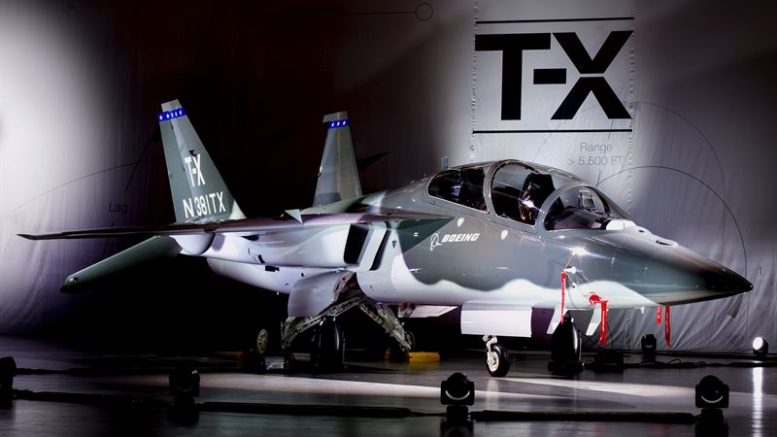 The US Air Force T-X advanced jet trainer competition is in the final stages of source selection with an award expected in the first quarter 2018. It is seen by many as a contest between two aircraft, t 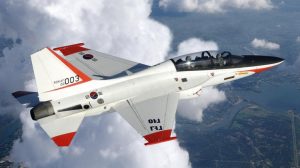 he existing Lockheed Martin/Korean Air T-50  and The Boeing/Saab T-X , a clean sheet design, that was specifically designed for the requirements as outlined in the US Air Force request for proposal (RFP).

However, another potential winning competitor surfaced mid-way through the competition in the form of the Leonardo DRS T-100 trainer aircraft entry. With life cycle-cost purported to be a key source selection factor, the T-100 is claimed to have the edge over the other competitors as the lowest cost. 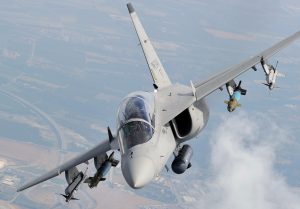 The T-100 has been in operation for more than 10 years and is in current service in Italy, Israel, Singapore and Poland for pilot training. In addition to low cost, another significant factor that could influence the source selection committee is that it will be fabricated a 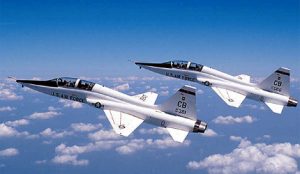 nd assembled in Tuskegee, AL. The engines will be built in Arizona by Honeywell and flight simulators in Florida by CAE USA. As a side note, the T-100 was selected over the T-50 in the Israeli Air Force trainer aircraft competition.

The T-X competition for 350 trainer aircraft, spares and training system is part of the offerings of the three competitors mentioned above. However, no award can be made if Congress doesn’t pass a 2018 Defense Budget and the US Air Force is forced to continue to operate under a Continuing Resolution (CR) in which no new starts are permitted, unless a specific exemption is issued by Congress. There will be no award until the budget is passed. Lack of a budget has forced the DoD to enter the new fiscal year under the previous year’s funding levels.

The Secretary of the Air Force, Heather Wilson, has expressed her concern that “the T-X contract award is one of the many programs that would be delayed under a CR, which funds the government at previous fiscal year levels.”

With the Federal Government just coming out of a shut down and another one possible in a few weeks, the timely passage of a 2018 Defense Budget is doubtful. Thus, the negative impact a CR has on the desired initial operational capabilities (IOC) of 2024 for the new trainer sees more of a reality as each day passes.

About the Author:
Bob Browning is a General Partner at AB Solutions LLC

Be the first to comment on "Game on; T-X Advanced Jet Trainer Competition"