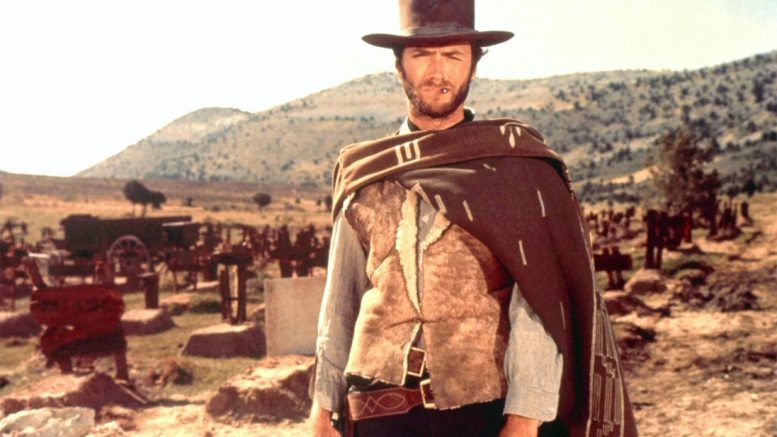 How do labor unions and tariffs impact our economy and manufacturing in the US? I’ve heard statements that tariffs are generally assumed to favor corporations where labor unions favor the worker. Both of these ideas usually lead to politically charged discussions 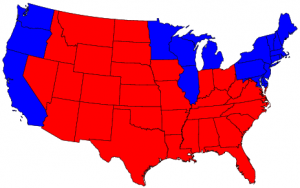 where the opinion on the effectiveness of each usually tends to follow political party lines. Being a “red state”, in South Carolina the idea of a labor union is generally not accepted.

The idea of tariffs is more accepted, but only slightly. However, neither of these are universal truths. Interestingly, both tariffs and labor unions are usually sold as vehicles to protect jobs. Unfortunately, the discussion can become so politically charged that we miss the merits and liabilities of each. Yes, I’m saying when done correctly, each has merit. Removing the political arguments, let’s try to understand both sides and draw some conclusions as they both have impact on the US consumer and domestic manufacturing. 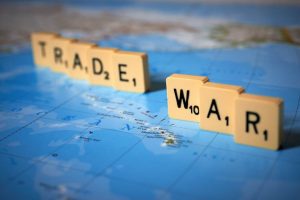 Tariffs are designed to penalize exports from foreign countries in order to enhance competition domestically. Some economists argue that competition is stifled by tariffs and that the presence of these taxes (a tariff is a tax) gives a leg up to a weak domestic competitor. The argument continues that a domestic company (or industry) operating efficiently and competitively should be able to stand on its own without placing financial burdens on the foreign competitor. This argument is especially strong in a mature domestic industry. Others argue that the reason the domestic company is not competitive on a world market is due solely to corporate greed (CEO’s and executive level managers taking obscene profits off the backs of the worker).

Unions are designed to protect the worker by using the power of collective bargaining to keep in check unfair labor practices and ensure that each worker receives a “living wage.” Unions played a significant role in forcing changes to labor laws that reduced and eliminated many unfair and unsafe labor practices. Unions use tactics legally available to hold companies accountable and force contracts that are in the best interest of the worker.

Unions now have a reputation of protecting workers that may be ineffective. They also wear the banner of righteousness in fighting 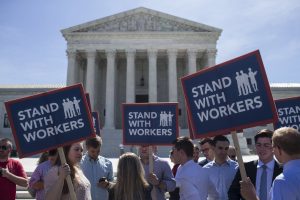 against the “greed of the executives.” But is that really true and is the union really in this to protect their workers, or has the union become the “greed monster” that they are protecting the workers from? Unions often hold companies hostage (via strikes) to get concessions that can actually hurt the worker by forcing the company to find alternative labor to remain competitive. Unions also tell their membership that they are working to keep the corporate executives in check to fight corporate greed. Yet, the unions also become rich off the backs of the worker shifting the wealth from the corporation to the union (but these gains are not spread to the workers).

Now, bring in the third player in all this; the US consumer. All of us fit into this category. We all buy products and generally purchase the lowest cost solution that meets the need. Corporations are no different than individuals and will try to do the same. Interestingly, Bloomberg published an article this week announcing that software design on the 737 MAX was outsourced to an Indian company at $9.00/hour (bear in mind that minimum wage in Seattle is $15.00/hour). Boeing, as the consumer in this case, was shopping for the lowest rate for engineering. 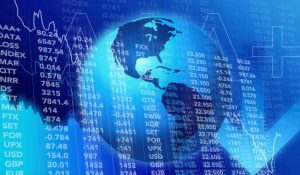 We must recognize that we collectively (individuals, corporations, and labor unions) participate in a world market. The world market doesn’t necessarily abide by the same rules of the US economy. In fact, I dare to say that the harsh and unfair work conditions that were originally changed in the United States by the presence of labor unions still exist elsewhere in the world. Further, the standard of living in much of the world is far below the standard we enjoy in the US. Relatively speaking, high wages, high manufacturing costs, and high domestic expenses make it difficult to compete on the world stage, especially considering that the world market is delivering good products. Sure, we can point to issues like the $9.00/hr outsource as an example of a bad decision. But there are many low cost suppliers in the world economy that settle for wages far lower than domestic workers will accept.

When we complain about poor work conditions and domestic workers not receiving a living wage, how do you reconcile buying products made in countries where engineers receive less than the wage American workers demand? What are you willing to give up as we compete in the world market? It really is simple economics but the human and social issues make the answer much more complex. Hopefully, if nothing else, this article will help people to see the facts from a different point of view and have discussion absent of personalities and political affiliations.

Paul V. Kumler, P.E. is president of KTM Solutions, an engineering company that services the aerospace and large scale manufacturing industries. In addition to aero structures engineering services, KTM Solutions designs and builds tooling supporting a broad clientele and various industries. The company is headquartered in Greer, South Carolina with remote offices in Charleston, South Carolina. Mr. Kumler serves in several volunteer roles including the SC Aerospace Advisory Board. Mr. Kumler, a professional engineer, is licensed in Louisiana, South Carolina, Texas and Washington. He is married to Ginger A. Kumler and has two grown children and two grand children.

Be the first to comment on "Tariffs and Unions; The Good, The Bad, and The Ugly"