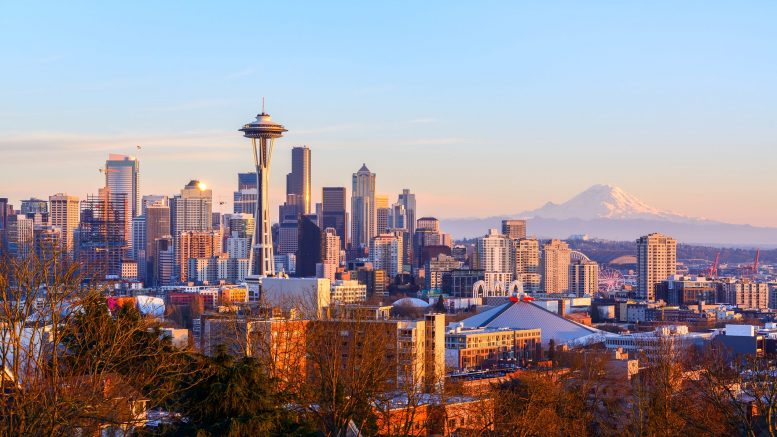 Two Clemson University professors who hold endowed chairs are among the newest fellows elected to the American Association for the Advancement of Science (AAAS).

John Ballato and Marek Urban will be honored on Feb. 15 during the association’s annual meeting in Seattle. It will be the first time since 1965 that Clemson has had two professors honored in the same year.

With over 120,000 members worldwide, the AAAS  is the world’s largest general scientific society.

Elevation to fellow is the highest honor bestowed on members and recognizes “extraordinary achievements across disciplines,” according to the AAAS. Fellows are elected by the AAAS Council, a distinguished group that includes the association’s president, Steven Chu, a Nobel laureate and former U.S. Energy Secretary.

The AAAS, founded in 1848, elected its first fellows in 1874. Clemson’s first AAAS fellow, Richard Brackett, for whom Brackett Hall is named, was elected in 1891.

Ballato and Urban are faculty members in the Department of Materials Science and Engineering.

Ballato holds the J. E. Sirrine Endowed Chair in Optical Fiber. He was honored “for distinguished contributions to the field of optical fiber and optoelectronic materials, most notably the development of semiconductor and crystal-derived optical fibers,” according to AAAS.

Urban holds the J.E. Sirrine Textile Foundation Endowed Chair in Advanced Polymer Fiber-Based Materials. He was honored for “distinguished contributions to the field of stimuli-responsive materials, particularly advances in self-healing polymers and chemical imaging of interfaces,” according to AAAS.

Both Sirrine Endowed Chairs are affiliated with SmartState Centers of Economic Excellence.

Congratulations for Ballato and Urban poured in from across Clemson’s campus, including from Robert Jones, executive vice president for academic affairs and provost.

“Their election underscores that Clemson is a leading public research university with some of the globe’s most innovative scholars,” Jones said. “I congratulate John and Marek on this well-deserved honor.”

Kyle Brinkman, chair of the Department of Materials Science and Engineering, said that having two AAAS fellows on the faculty helps strengthen the department’s international reputation.

“The American Association for the Advancement of Science is a highly respected scientific society, and it is a major

honor to be elected fellow,” Brinkman said. “John and Marek are excellent researchers and outstanding mentors to their students.”

Congratulations were also offered by colleagues of Ballato and Urban.

One comment regarding Ballato came from J. Gary Eden, a member of the National Academy of Engineering and the Intel Alumni Endowed Chair Emeritus at the University of Illinois.

“I … can state unequivocally that he is one of the top 2-3 individuals worldwide in the design and development of new optical fibers,” Eden said.

A comment regarding Urban came from Michael Khonsari, who is Dow Chemical Endowed Chair and Professor of Mechanical Engineering at Louisiana State University and a fellow of AAAS.

“Professor Urban’s pioneering research in stimuli-responsive materials has resulted in a new generation of self-healing polymers, and his work on heterogeneous radical polymerization has made possible to produce unique stimuli-responsive nanoparticles and nanowires,” Khonsari said.

Another comment regarding Urban came from Henry Hess, professor of biomedical engineering at Columbia University.

“Professor Urban has not only been an outstanding scientific innovator who moved self-healing materials to practical relevance, but also a scientific leader who devotes himself to teaching students, mentoring young researchers and building the community,” Hess said. “He is a model scholar most deserving of this outstanding recognition.”

Anand Gramopadhye, dean of the College of Engineering, Computing and Applied Sciences, said Ballato and Urban richly deserve the honor.

“Their election is a recognition of their extraordinary achievements and a testament to their hard work and dedication over a number of years,” Gramopadhye said. “I offer John and Marek my wholehearted congratulations.”

Be the first to comment on "Clemson Connection; Two engineering professors elected fellows of the American Association for the Advancement of Science"