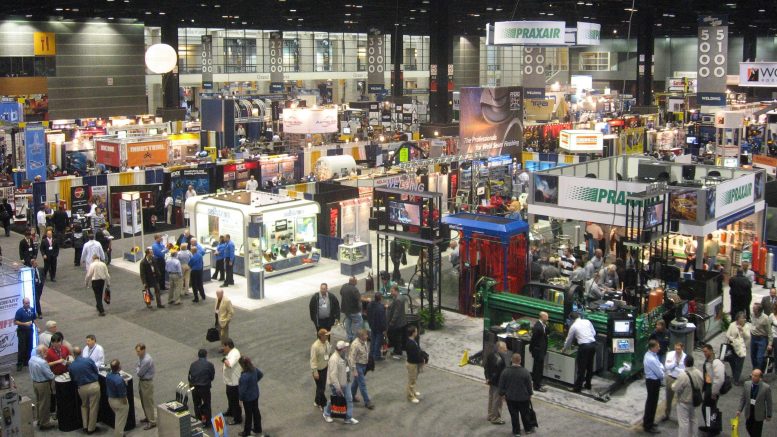 As 2018 gets underway, manufacturing trade shows around the globe are gearing up to showcase some of the sector’s most innovative technology and services. With this in mind, South Carolina Manufacturing sat down with Skyline Exhibits & Design’s, Steve Hoffman, to discuss how Palmetto State manufacturers can improve their face-to-face marketing.

(Steve Hoffman) Many manufacturing firms participating in tradeshows will invest too much money but not enough time to do it right.  Let’s say you’re at a generic Automation Expo and your company has a product that features technology enabling its users to increase their output, lower waste, reduce downtime and bring product to market faster, more efficiently and with greater consistency of quality.

Many smaller firms will put the machine in a booth at a show where it is surrounded by hundreds of other machines in competitors’ booths and expect passersby to magically know why their stuff is so special.  Larger, more established companies attend shows where 40 percent of the attendees are first timers and assume everyone there knows all about them.

Manufacturing exhibitors need to have a strategy that addresses their booth staffer activities, the company’s approach to promotional activity and the environmental design of their space. 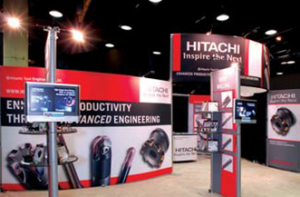 ’s goals.  Bad displays are money pits because they don’t help improve results. Good displays attract and stand out from the crowd. They communicate effectively and allow the booth sta 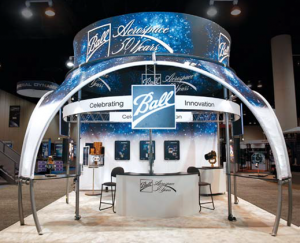 ffers to maximize interactions with qualified attendees.  Bad displays tend to lack anything that is memorable, lack focus and/or a focal point, are too crowded with either stuff or words that nobody will read and sometimes actually repel qualified prospects.

Anything with lots of machinery in it usually looks bad in pictures; but the presence of a large product is a strategic decision for many exhibitors.

CEIR – The Center for Exhibit Industry Research tracks four metrics quarterly and uses them to compile an index.  Contrary to some popular misconceptions, tradeshows continue to grow in number of attendees, amount of floor space utilized, dollars invested and number of exhibitors.  The growth is because there is magic to face to face marketing.

Companies use tradeshows for many objectives.  Certainly, growth in their sales and client base is among the top.  Some recent data indicates exhibiting to enhance awareness and preference for one’s brand is more prevalent than lead generator as a reason to exhibit.

I was reviewing an old ‘white paper’ on exhibiting and the manufacturing sector and only 35 percent of exhibitors in manufacturing and industrials tracked their ROI; but, it’s really kind of simple.   Most marketing efforts – including those of a company’s direct sales force or distributor network are aimed at getting in front of and doing business with qualified leads.  At a tradeshow, a company’s existing clients and prospects are spending their money to come see the manufacturer, learn about and demo what is new.

In preparing for the seminars we’ll be sharing in early March, I  came across a survey of 100 Manufacturing companies that ranked tradeshows as their top source for lead generation.

A study from the Center for Exhibit Industry Research and CEIR reported (based on exhibitors at 1000 tradeshows) the average cost of closing a sale from a tradeshow lead is 38 percent less than leads from the field sales force.

We’ve placed multi-million-dollar machinery into exhibit environments; we’ve done robots; we’ve created self-contained virtual reality centers; we’ve worked with vehicles ranging from concept cars to farm machinery. We have even  worked on events that don’t feature autos but feature automotive parts and we’ve done booths for machines that make the auto parts and we’ve done booths for parts that go into the machines that make the parts.

Having a dedicated worldwide network of over 130 offices vastly increases our reach and capabilities.  Having the industries’ largest collection of quality modular solutions along with some outstanding custom capabilities gives us an enormous range of solutions to help clients achieve their goals.

Most recently we’ve been focusing on expanding our audio-visual technology affiliations.  There is a lot we can do in-house; however, that is one area where technology changes rapidly and it’s in our clients’ best interest that we connect them with experts in production, programming and/or hardware as opposed to trying to keep that all in house.

Of course, there are limits – every firm should have them.  But as far as designing, fabricating, installing and/or managing exhibit programs the limits are usually imposed by budgets and (not enough) time allocated by clients.  Because we have service centers with rental hardware and graphic production capability in major venue cities, we can often cut down on a clients’ expense, stress and need for longer lead times.

Exhibit marketing shares some opportunities and challenges with billboard marketing.  The first thing is “viewers” are generally on the move when they initially encounter your brand, product or message. Because of the movement, unlike some other types of media, there is a need to quickly catch eyeballs and then transmit a message that will resonate with the person you’re trying to reach.

We frequently encounter two challenges that are shared between tradeshow displays and billboards.  One is that clients often want to use the large backdrop to provide too much detail that will never be read.  Another is that clients have a hard time making the message or hook about their prospects; instead, some put too much focus on their own product or service.

The dirty little secret is that most prospects don’t care about the minutiae vendors often spout about their stuff – they only care what the vendor or stuff can do for them.

To learn more about displays for your next trade show, visit Skyline Exhibits & Designs

Be the first to comment on "Want to rethink your next manufacturing trade show strategy?"