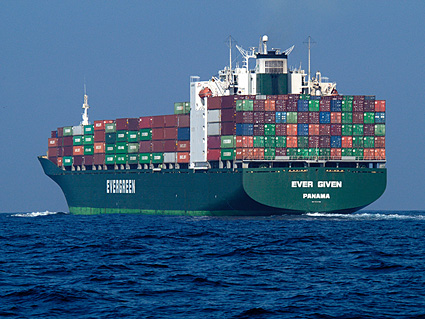 In March SCPA handled 171,113 TEUs, an increase of 13.7 percent compared to 150,516 TEUs moved during the same month last year. Fiscal year to date, the port has handled nearly 1.4 million TEUs.

“March volumes reflect the end of a very strong quarter, and I’m confident the port will handle over 1 million boxes by the end of our fiscal year in June,” said SC Ports Authority CEO Jim Newsome. “We’re seeing broad-based growth across all sectors, particularly refrigerated cargo and automotive manufacturing. Discretionary cargo volumes are also up, with the growth of retail imports and agricultural exports reflected in a nearly 25 percent increase in rail moves last month.”

The Inland Port handled 5,187 rail moves in March, achieving its highest volumes since the facility opening in November 2013. Fiscal year to date, the Inland Port has handled 40,313 rail moves and is 52 percent ahead of planned volumes.

Breakbulk business volume was strong in March, with 111,352 total pier tons handled during the month. Charleston moved 68,163 tons in March, bringing fiscal year to date breakbulk tonnage at the North Charleston, Columbus Street and Union Pier terminals to 594,022 tons. Georgetown handled 43,189 tons in March, and the facility is 6 percent head of planned volumes with 401,778 tons moved fiscal year to date.