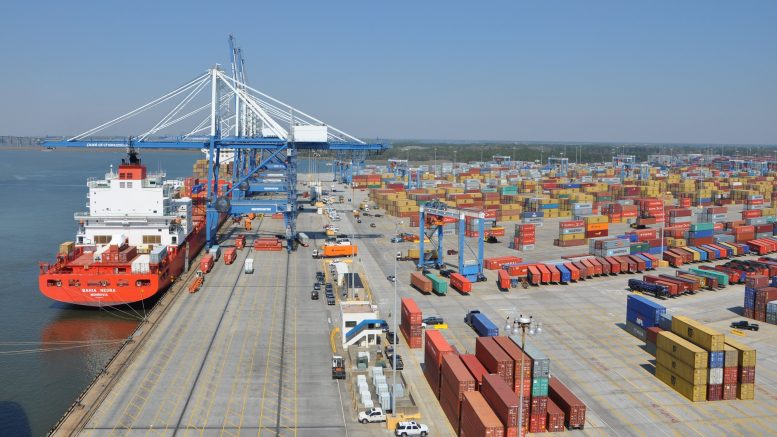 Over the last quarter century, and with a big fat “Thank You” going out to BMW, there has been a flurry of global manufacturing brands and their host of tiered suppliers descending upon South Carolina, and to the Upstate in particular. And with the Charleston Harbor being deepened as I write these words, the ocean’s largest container ships will soon be keeping the rails of the Norfolk Southern even busier with incoming freight. 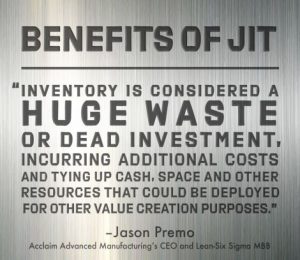 It looks like “a need” for storage in the state’s Just in Time manufacturing sector is on the rise, and yet, automotive manufacturers cannot afford to keep products on the floor. The second they are produced, everything must go. After all, manufactured goods and imported components cost money, and manufacturers may need duty reduction, deferral or elimination.

Micah Mallace, the Director of Strategic Projects at SC Ports said, “manufacturers have largely shifted inventory storage to their suppliers and third-party logistics providers, or at least, moved it away from the manufacturing floor.”

Manufacturing floor space should be maximized to its best use, “manufacturing”, he said. Storage should be done close by to avoid gumming up the critical manufacturing process and parts should arrive only as they are needed.

When Dollar Tree announced their $104 million plans to locate its distribution operations in Cherokee and Spartanburg Counties back in 2015, it was tied directly to the Inland Port in Greer, and now that even more goods will be shipped overnight from Charleston to Greer, similar distribution centers and warehouses should begin popping up alongside the highway like an armada of warships to accommodate the mass influx of goods.

When time and space matters so much, what should manufacturers do with the increasing freight?

Erik Autor, President at the National Association of Foreign-Trade Zones (NAFTZ), said there is a need for General Purpose Zones.

The biggest industries using FTZ’s are automotive, pharmaceuticals, petroleum, consumer electronics and aerospace, he said. Many manufacturers use the zone to mitigate “inverted duties” where the U.S. tariff on imported components is higher than assessed on an imported finished product.

Field Bradley, the Vice President of Swafford Transport & Warehouse, said the process of becoming an FTZ is not only long and expensive, “it is also risky to operate without an experienced staff because U.S. Customs will not tolerate non-compliance.” 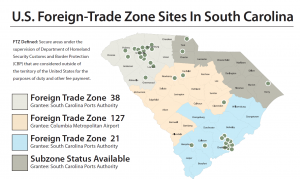 As a result, “companies wanting to enjoy the benefits offered by FTZs can use the right General Purpose Zone with no upfront cost, little recurring cost and assurance that operations are being carried out by an experienced Zone Operator,” he said. “It is warehousing without having lost the substantial time and money invested in becoming an FTZ.”

More freight equals more goods, but no room to store it?

With the harbor in Charleston dredged to 52-feet, the new Inland Port in Dillon and increasing suppliers to BMW and Volvo coming in every year, freight arriving on the coast is piling up and so will the need for storage.

But South Carolina is mobilizing itself into an automotive manufacturing giant, with a specialty in building luxury cars. And although there will be more freight, imported components and finished product set aside until needed, there is no room for inventory in this supply chain.

With this in mind, logistical snags and bloated trucking costs are causing many of the big factories to move closer to their customers. 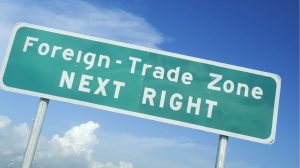 Just a few days ago, the Wall Street Journal published More Factories Crop Up Closer to Customers. In the article, the author referenced a Census Bureau report showing a 16-month high in manufacturing spending this past September.

“Executives are making some of those investments in new factories to alleviate rising transport bills and supply-chain bottlenecks,” the article read.

And it’s true, localized manufacturing is on the rise because of challenges and increasing transportation costs. But if you think a move closer to the mothership will be enough to counteract the increasing freight up and down the line in South Carolina, you’d be wrong.  As mentioned above, a Just in Time supply chain isn’t noted for their storage closets.

Brian Kuney, a VP at the South Carolina Manufacturing Extension Partnership put it plainly saying, “you’re not making it to store it, you’re making it to ship it at the pace of the customer’s demand.”

And he’s right, a delivery snag resulting from a lack in supply could mean the difference between maintaining a place along a big OEM’s radar and not.

Put simply, “Manufacturers are in the business of building things and maintaining lean protocol to ensure a bountiful bottom line, not warehousing,” Bradley said.

However, a deeper harbor and growing supply chain will mean more freight and goods flowing into the state’s manufacturing firms. And with many of the state’s biggest firms demanding their suppliers maintain 30 days of safety stock to counteract delays due to port congestion, hurricanes and new tariffs, even the most localized manufacturer will have a little extra each month to store away. 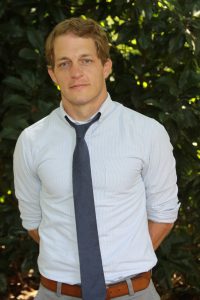 Be the first to comment on "In the zone; Where SC manufacturers can avoid tariffs, stay lean and pad the bottom line"