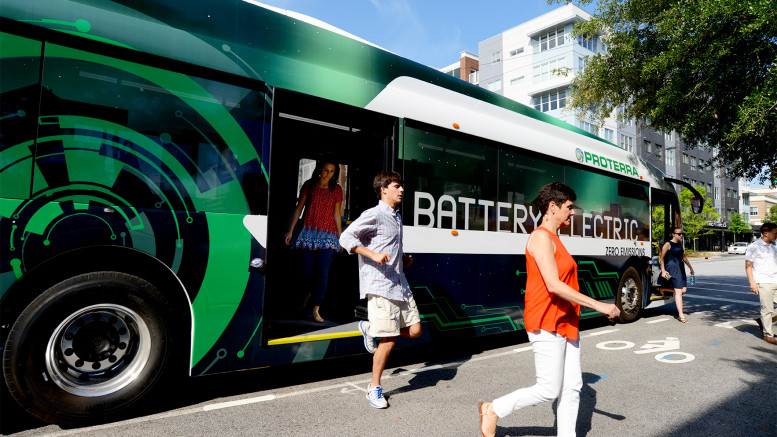 Although Proterra was not a direct recipient of this particular DOE funding, the federal investment will spur innovation so that US manufacturers continue to develop world-leading advanced fuel-efficient technologies, he said.

Manufacturing.net reported the DOE awarded $55 million to 24 projects devoted to electric and other fuel-efficient vehicles.

Eight of the projects will focus on natural gas engines for passenger vehicles and commercial trucks. The 16 other projects are part of the Energy Department’s EV Everywhere Grand Challenge, aimed at reducing the cost and improving the performance of plug-in electric vehicles (PEVs).

According to the report, there is a federal push to improve fuel efficiency and reduce petroleum consumption, while making electric cars as affordable and convenient as today’s gas-powered cars by 2022.