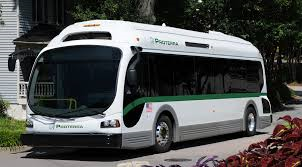 Proterra Inc., the leading provider of zero-emission battery-electric buses, today announced that it has been named to the 2015 Inc. 500 list, an exclusive ranking of the nation’s fastest-growing private companies. Ranked number 425, Proterra has been recognized for a 1,119% growth in the last three years, adding 108 jobs, and establishing itself as North America’s electric bus leader with over 70 percent of the U.S. battery-electric transit bus market.

This award speaks to the mounting demand for Proterra Catalyst™ zero-emission electric buses. Just in the last year the company has announced: national expansion plans that include doubling production with the addition of a West Coast manufacturing line, $55 million in strategic financing, the company’s largest bus order to date by four-time returning customer Foothill Transit, breaking four performance records at the Altoona Bus Research and Testing Center, and a number of other customer orders. Proterra’s firm orders are now 110 units, with 323 options contracted, for a total of 433.

“We are honored to be named to the Inc. 500 list of fastest growing companies,” said Ryan Popple, CEO of Proterra. “To be recognized by Inc. underscores the momentum we are seeing for zero-emission mass transit. With public transit agencies coast-to-coast driving demand for electric vehicles, our focus during this next phase of growth is to get our new California manufacturing line up and running to service this industry’s increasing appetite for Proterra zero-emission electric buses.”