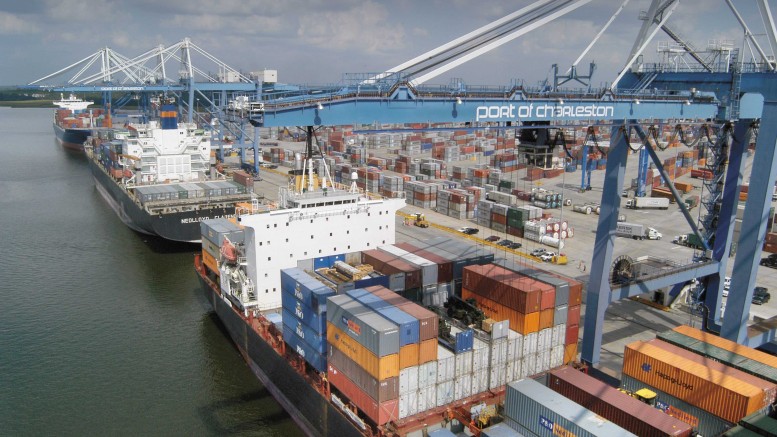 SCPA reported a strong start to the 2016 fiscal year, handling 175,223 TEUs in July for an increase of 14 percent over the same month last year. Calendar year to date, TEU volumes are up 14.2 percent over last year with 1.17 million TEUs handled since January.

Non-containerized cargo volumes were positive in July, with 163,490 pier tons handled. Charleston moved 83,440 tons during the month, 47.7 percent higher than planned breakbulk volumes for the month. Tonnage was also ahead of plan at Georgetown in July, with 80,500 tons handled.

The Inland Port achieved record volumes in July, with 7,567 rail moves completed during the month. Growth at the facility has been strong since it opened in November 2013, and during its first full fiscal year of operation in FY2015, the Inland Port handled 58,407 total rail moves.

In action items, the Board awarded construction contracts for the Wando Welch Terminal improvement project and the expansion of the refrigerated cargo yard at North Charleston Terminal.

To meet growing volume demand at the Inland Port, the Board approved a transfer of two rubber-tired gantry cranes from the Wando Welch Terminal to the terminal in Greer.

SCPA announced $81,000 in grants to 42 charitable organizations through its annual Community Giving Program, which provides grant support in regions where SCPA operates in order to positively impact maritime commerce, economic development, the environment, and educational and community needs.

“The port’s mission extends beyond maritime commerce and economic development activities, “said Newsome. “Community Giving is an important program that enables us to be a strong community partner and neighbor. From a large pool of worthy applicants, the organizations selected to receive grant funds will support critical programs and initiatives in the communities where we operate.”

Recipients of a $5,000 grant included Charleston Waterkeeper, Chucktown Squash Scholars and Daniel Morgan Technology Center. Charleston Waterkeeper, whose mission is to protect and restore Charleston’s waterways for the community and future generations, will utilize the grant to administer two months of laboratory water quality testing as part of the Recreational Water Quality Testing Program.

Reach Out and Read Carolinas

Ten at the Top

The Partners for a Better Community

Be the first to comment on "SC Ports Authority Posts $30.4 Million in Operating Earnings"