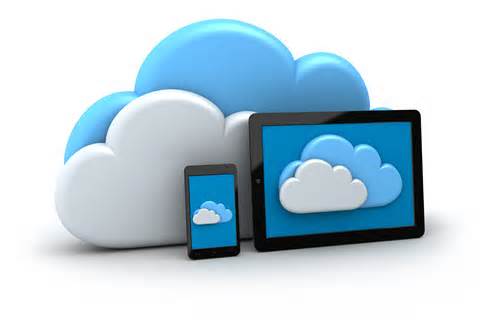 The transition to “cloud also” or “cloud first” is well under way for manufacturers around the globe according to new survey results from IDC.  In fact, in the United States, 41% of manufacturing respondents indicated they are accessing IT resources via the public cloud, based on the IDC Global Technology and Industry Research Organization IT Survey, 2014. This new IDC study, Worldwide Cloud Adoption in the Manufacturing Industry analyzes the current trends and future plans for cloud adoption among manufacturing enterprises worldwide, based on several IDC surveys including the 2014 IDC CloudView Survey.

The advantages of cloud computing for manufacturers are significant, as line of business leaders and their IT organizations increasingly rely on cloud to flexibly deliver IT resources at the cost and speed the business requires. Traditional IT spend is clearly on the decline, and manufacturers must update their cloud roadmaps to ensure their investments benefit the business. According to the IDC European Vertical Markets Survey, 2014, almost 50% of European manufacturing respondents noted they have adopted or will adopt ERP in the public cloud. And in Asia/Pacific, 49% of manufacturing respondents are using cloud – public or private – or intend to use cloud, based on the 2014 IDC Manufacturing Insights Asia/Pacific Business and IT Priorities Survey.

Key findings from this new report include:

“Manufacturers are in the midst of a digital transformation, in which 3rd Platform technologies are absolutely essential to the way they do business and in the products and services they provide to their customers.  Consequently, a strategic approach to adopting cloud is absolutely essential,” said Kimberly Knickle, research director, IDC Manufacturing Insights. “Because of cloud’s tremendous value in making IT resources available to the business based on business terms –speed, cost, and accessibility- manufacturers must  ensure that the line of business and IT management work together in defining their requirements.”

According to the report, one of the ways in which cloud will bring significant value to the business is in allowing manufacturers to more easily make use of the data that will be connected from sensors throughout the manufacturing operations with IP-based connectivity and the Internet of Things. Essentially, data from sensors on connected products, on equipment in use in the plant, and on assets and inventory in the supply chain, is most valuable if that data can easily be accessed and analyzed by various organizations within the enterprise or even by partners in the value chain.

In the short term, IDC Manufacturing Insights expects that manufacturers may opt for private clouds as a means of extending internal IT infrastructure without raising significant concerns over data security, for the cost saving and operational agility. However, capacity will likely shift to more cost-effective public clouds for noncritical efforts and even more over the long term as confidence (and technology) increases in security via the public cloud.

Data from IDC’s 2014 CloudView Survey provides context for understanding why cloud remains an area of heightened attention at the highest levels of manufacturing organizations. Data includes 593 manufacturers from the following countries – United States, Canada, United Kingdom, Germany, France, Sweden, China, India, Malaysia, S. Korea, Australia, Japan, Mexico, The Netherlands, Spain, Italy, and Brazil.  Respondents that qualified for the survey participate in decision to invest in cloud or are knowledgeable about their company’s cloud purchasing decisions.  They also had to be at least generally educating themselves about the public Cloud model, and currently using public Cloud or Private Cloud for more than 1 or 2 small apps/workloads.  Manufacturing Respondents by title include 437 or 73.7% with IT titles and 156 or 26.3% with line of business (LOB) titles.

An updated IDC Cloud MaturityScape is forthcoming in 2015.

SCMA Statement on the Confederate Flag